KQFO (100.1 FM) is a radio station licensed to Pasco, Washington, USA and serves the Tri-Cities area The station is currently owned by Alexandra Communications.

KQXR is a commercial radio station licensed in Payette, Idaho, broadcasting to the Boise, Idaho metro area on 100.3 FM. "The X"—as the station is commonly known, plays an active rock radio format and positions themselves as "100.3 The X...Rocks."

102.7 The Beach broadcasts an eclectic mix of Hawaiian Music, Reggae, Jazz, Blues, Oldies and a variety of special programs including a Japanese show early mornings. Licensed to Hilo, Hawaii, USA, the station serves the Hilo market and surrounding areas. 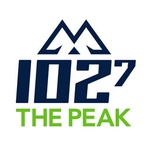 You should listen to CKLM - a great Weather radio from La Corey, AB, Canada.

WQKL (107.1 MHz), known on the air as ann arbor's 107one, is a commercial FM radio station in Ann Arbor, Michigan. WQKL is owned by Cumulus Media, airing an adult album alternative radio format. 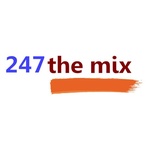 247 the mix plays variety hits of the 80s, 90s and Millennium. The station leans pop alternative.

It's The Music! We play New Music, Live Sessions, and 60 Years Of Rock & Roll

Be 1 with 3Toastbrot. Alternativen zur Kapitulation.

Playing a great variety of 80's New Wave and Alternative music. All the songs you remember (and a few you've forgotten about). Great music and great sound! Show more

87.6 FRESH - FM is your top choice for discovering all those great hits from the past and a few from today. We will bring

88-3 CJIQ is the home of the tri-cities New Rock. They play the best in, alternative and modern rock such as The Foo Fighters, Billy

88.5 KURE is a student-produced and student-managed radio station, broadcast at 88.5MHz to Iowa State University, the Ames community, and online. The station features a variety of programming, including most genres of music, talk shows, and coverage of ISU sporting events. Hip-hop, electronica, rock, americana, classical, and jazz are just a few of the music genres played by KURE's constantly rotating staff of student DJ's.

KTRM (88.7 FM, "The Edge") is an FM non-commercial/educational radio station operated by students at Truman State University in Kirksville, Missouri. The station features alternative music, with specialty shows hosted in the evenings and on weekends.

Through music and stories created for a culturally open-minded community, 88Nine Radio Milwaukee is a catalyst for creating a better, more inclusive and engaged Milwaukee. We reach a new generation of radio listeners with an entertaining and adventurous selection of music and public affairs programming. We champion Milwaukee—our music, arts and culture, neighborhoods and community organizations; celebrate diversity, and encourage community engagement—while promoting a positive global identity for Milwaukee. 88Nine Radio Milwaukee plays a distinctive blend of rock and urban music, and spins at least one track by a Milwaukee artist every hour.