100.9 ZZZ FM is your Local radio station on the Far North Coast! We live in a beautiful part of the world and broadcast from Byron Bay to Tweed Heads, to Grafton and everywhere in between you can hear us on your radio! We play the newest hits and some throwbacks to get you through the day! Our on-air line up kicks off with Callum from 6am, then it's Kara hanging out with you during the day, Aaron 12-2, and Yas 2-5 for The Text Request Show! Then Kate, Tim and Marty take the reins followed by Kyle and Jackie O!

Listen in on some of the best conversations with business owners and centers of influence as they share their ideas and insights. These ten to

101.5FM Servicing Our Community For Over 2 Decades
Country:

Moreton Bay Regions 101.5FM broadcasts from studios in the heart of the Caboolture, (in the Town Square), 24hrs a day, 7 days a week. Your

They’re the songs that you grew up with and the artists you lined up for hours to see live. WS FM 101.7 plays all the

102.7FM is dedicated to high quality programming for Toowoomba and the Darling Downs.Easy listening music from the 60s to the present. Show more

3WM 1089 is a broadcast Radio station from Horsham, Victoria, Australia, providing With a selection of talkback, Music and Rural information, Local & National news

SEN 1116 is a broadcast radio station in Melbourne, Australia, providing Sports News, Talk and Live coverage of sports events. ------ Shows: Born in the

1503 2BS Gold is a rarity in Australian Commercial Radio. Since 1969 Bathurst Broadcasters has been locally owned and operated by Ron and Stephanie Camplin

1 Radio FM is an internet radio station from Sunbury, Victoria, Australia, providing Indie Rock, Pop, R&B and Alternative music by showcasing some of the 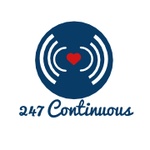 24/7 Continuous is a automated station, with a large team creating the best playlists to listen to day and night, yes we have automated programming

24/7 Continuous is a automated station, with a large team creating the best playlists to listen to day and night, yes we have automated programming

2AIR FM is a community radio station broadcasting to the Coffs Coast of NSW Australia. Our music style is easy listening and this is reflected in the many styles of music broadcast: from country to rock to folk to jazz to big-band and world music. All presenters are volunteers who are passionate in their love of the music they present. The station is on-air 24 hours a day.

2AY1494 Your Number one for News, Talk and Sport
Country:

2bbb Community Radio From The Mountains To The Sea
Country:

2BOB's innovative Community Radio Station is supported by an energetic group of volunteers. The station plays a diverse range of music and represents the Community of the Manning Valley on the Mid North Coast North Coast of NSW now in its 25th year. Show more

Braidwood Community Radio is a not-for-profit Incorporated Association. Its incorporated name is Braidwood FM Inc and it has an executive committee of 5 people, consisting of a President, Vice-President, Public Officer, Treasurer, and Secretary and is staffed by unpaid volunteers.

2CC 1206 AM is a broadcast Radio station from Canberra, Australian Capital Territory, Australia. Their commitment to localism is shown by the number of local

2CCR FM 90.5 is a community radio station based in Baulkham Hills in Sydney. The station broadcasts to the Hills District and parts of Greater

2Dry FM is a community radio station that provides opportunities for Broken Hill residents to operate a radio station and provide an alternative source of radio entertainment to the community. The radio station is a 100% volunteer organization.

Community Radio Station 2EAR FM exists to serve the Community of the Eurobodalla Shire. The station broadcasts on frequencies of 107.5 MHz and 102.9 MHz.

2EC was initially known as Radio 2BE, and began broadcasting in the Bega Valley on the AM band on 30th September 1937. As of 1st

The only locally owned radio station in the Goulburn region of New South Wales, Australia. Broadcasting 24/7 on 103.3FM. 2GCR offers you an alternative listening experience to those delivered by the local commercial stations. Show more

2GN is an Australian radio station serving the Goulburn region, opened in January 1932 on a frequency of 1390 kHz. It is now co-owned by the Capital Radio Network and Grant Broadcasters, broadcasting on 1368 kHz. The station carries a Classic Hits format and Forever Classic branding similar to its Canberra sister station, 2CA