101.7 World FM - CKER-FM is a broadcast station from Edmonton, Alberta, Canada, playing Culture, World. Tune in to Ukrainian, Portuguese, as well as programs like German, and many more. Show more

Radio Mara 106.7 FM Bandung is a broadcast based radio station from Bandung that plays World genre of music. 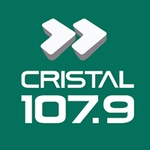 5ebi is the multicultural broadcaster here in Adelaide, South Australia. We are a full time multilingual broadcaster and are always seeking new members/shows. The station

6EBA is Perth’s only fulltime community owned and operated multilingual radio station. More than 82 languages are broadcast over the airwaves to metropolitan Perth, 24

87.6 FRESH - FM is your top choice for discovering all those great hits from the past and a few from today. We will bring

The most rocking radio of the country with the programs each featuring music from the hottest musical genres. Ahenfo Radio Denmark is your radio for

The best of romantic flash back, popular brazilian music, the best of brazilian and international pop rock.

AnZoRadio is an online radio station with seventies, eighties, nineties, and song contest today. They broadcast from our studios in Antwerp (BE) and Veenendaal (NL).

Arriba Colombia is the first web radio commercial-free programming Colombian tropical orchestras productions, emergent or positioned, along with those of world-renowned Latin artists. Only programmed 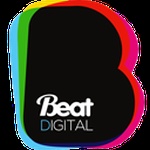 play my song poverty written and recorded by me, [email protected] https://soundcloud.com/meynard-aubichon-702164150/peoplepoverty 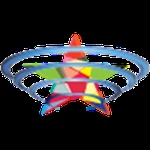 Brightstar Studios Online Radio plays the latest music from, Cameroon, Africa and around the globe. It aims at revitalizing the richness of Cameroonian Music through

CHIN Radio Toronto - CHIN is a broadcast radio station in Toronto, Ontario, Canada, providing Multicultural programming in over 30 languages to more than 30

CHIN Radio Toronto - CHIN-FM is a broadcast radio station in Toronto, Ontario, Canada, providing Multicultural programming in over 30 languages to more than 30

Compasillo Radio is an internet radio station from Santo Domingo, Dominican Republic, providing Dominican and good music in the world, comments on domestic and foreign 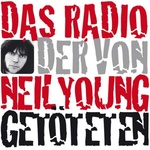 Distrito Capital Radio is the new stations virtual Mayor of Bogota with a new format and transmits varied program, with global access, all the information

Distrito Capital Radio is the new station's virtual Mayor of Bogota with a new format and transmits varied program, with global access, all the information that matters to the citizens on the progress of the city. With this media Bogota gets to the forefront worldwide in access to information directly related to management developed by the Government of one of the most important capitals of Latin America.